If you use the candidate method when it comes to CallBack shifts, you can easily set it up yourself. The Candidate Method is when the system contacts every eligible person on the list and users accept the overtime. From there, overtime is awarded based on rules set up in the system.
Turning it on
To turn this on, go to Settings. Click on Callback and Rules. 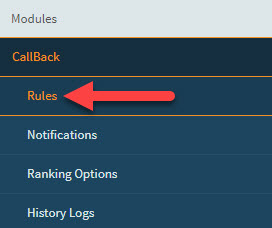 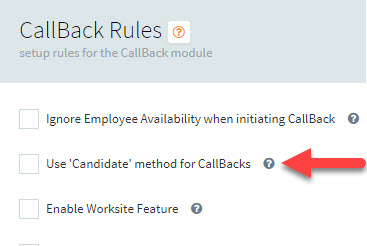 Remember to save the options or the rule will not be saved.
Sending out a CallBack
Sending out a CallBack with the Candidate Method is no different than sending out a normal CallBack. The difference comes in when you have to assign a candidate. The system will auto assign a candidate based on your rules set up, but you can also go in and manually approve a candidate before a callback ends. Go into your CallBack history. You should see this below. The green shows CallBacks that have been filled. The yellow shows CallBacks that are still active. 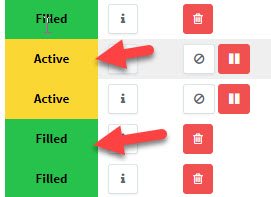 Clicking on the detail icon next to the active CallBack will bring up the history of the CallBack. You can see who has been contacted, who has replied and who is ineligible for whatever reasons. You can see that, as an admin, you have the option of approving a candidate or making someone a candidate. The CallBack will stay open until a candidate is approved or until it closes and the system awards the shift based on your preset rules.

If an employee has made themselves a candidate and wish to not be a candidate anymore, they can reply to the message they responded to (XXXXXX YES), and change their response to (XXXXXX NO). As long as the Callback is still active, it will remove them as a candidate for the Callback in question.
Helpful?
Help us to make this article better
2 0
Share
x
Related Articles