Within the scheduling system you can see who you owe trades and who owes you trades all in one convenient place!
The Trade Ledger can be accessed in two different ways. 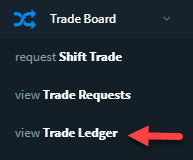 You can also access it from the view Trade Request screen

Either of those will take you to the Trade Ledger.
Here, you will see a total of who you owe hours. You will also see who owes you hours. Let's look at Josh's ledger below as an example:

The 'earned' column shows the trades that you have worked for others. So you can see that Josh has a 206.00 hours 'earned' with Ray and 180.00 hours 'owed', hence the 26.00 hour balance.
The balance is the difference between the two columns. A positive number means that those hours are owed to you. So in the above ledger, Ray owes Josh 26 hours. A negative number means that you owe them the hours. So above, Josh owes Eric 40 hours.
Clicking on the details icon or on the employees blue name can show you where the numbers are specifically coming from and whether they were system generated of manually adjusted. This is where you can also create manual adjustments if needed.  You will also be able to see which date the trade was worked as well as how many hours are owed. If a trade was done with a known swap date, that will also be displayed, as shown below. 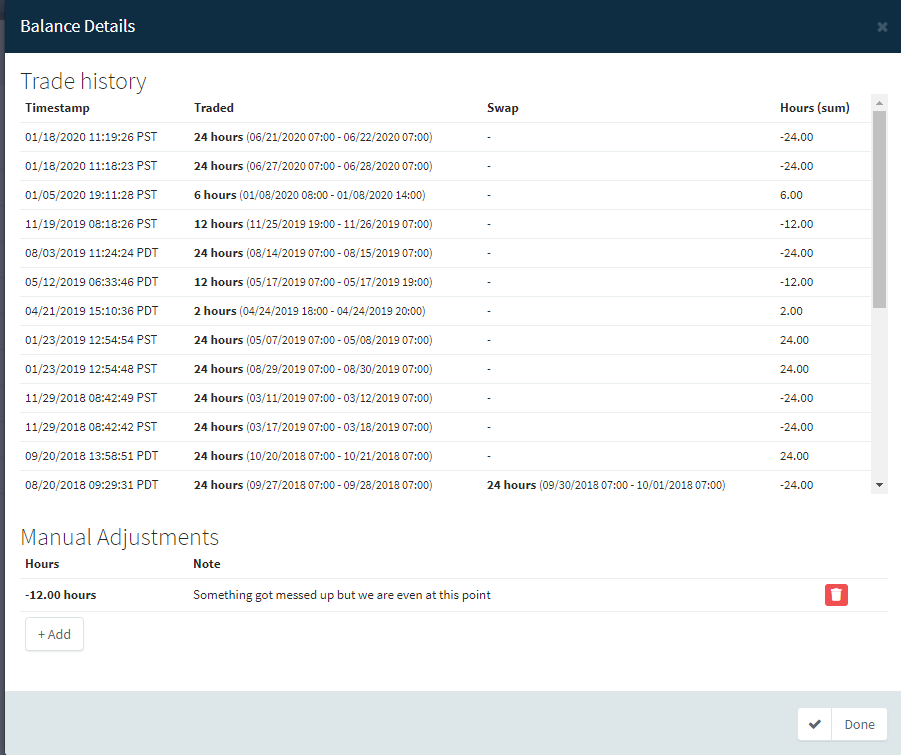