The Force Hire module is designed to be used for when a Callback fails and employee must be forced into a shift to meet staffing levels. 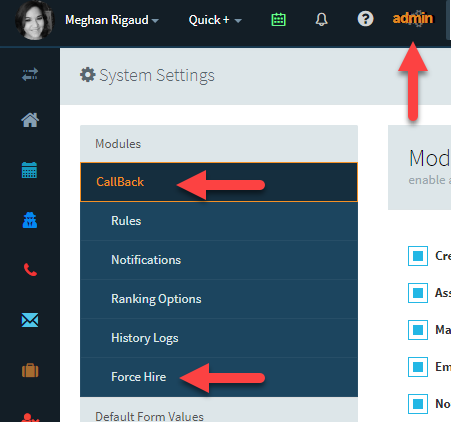 Now, the Force Hire modules have options that you can set which will allow specific rules to be taken into account when force hiring for a specific shift.

You can set which work type the user is set to work under. You can also determine buffers, or how long an employee must be outside of a time frame before they can be forced. For example, if an employee cannot be forced for 48 hours after a vacation shift, the buffer for that would be 48. Each type can have its own buffer or you can set a global amount for all time off types. This is currently limited to time off types.
Remember to hit save before you exit.
From there, you'll create the lists in Callbacks > Callback Ranking > View/Edit Custom Force Hire Lists 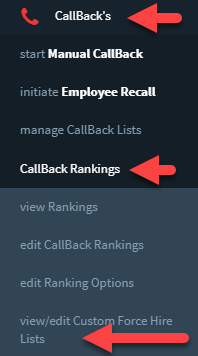 If you are using the old force hire lists, they will not work with the new module. You will have to create the new lists to make it work.
Click on 'Add New Force Hire List' 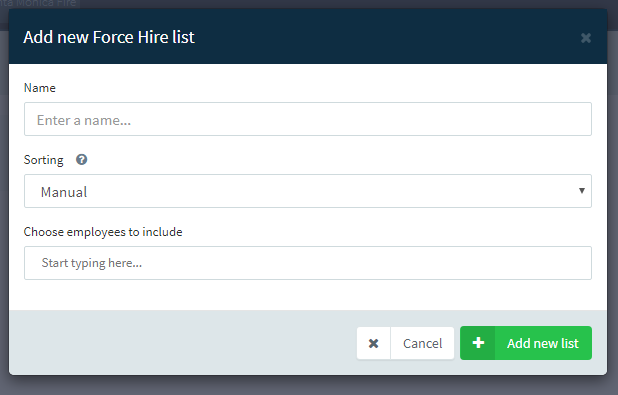 Give the list a name.
The sorting method is either 'Last Date Force Hired', which will allow the employees to automatically move to the bottom of the list when they are hired through the module
Or
Manual, which will require the administrator to move the employee manually to the bottom when they are hired.
Assign employees to the list, which can be selected by individuals, groups and lists.
From there, you can click on the list to see the order. 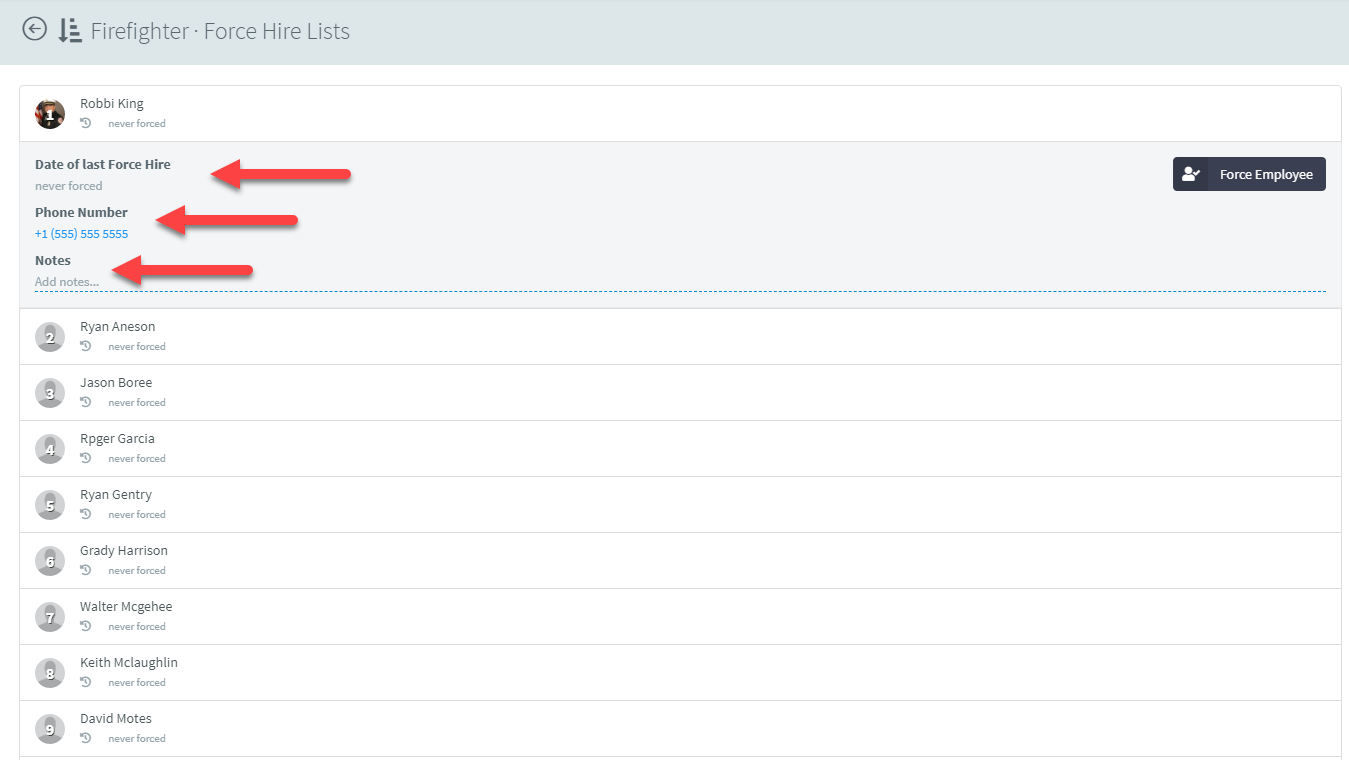 Clicking on the employee's name will give you the last day they were forced, if any (a new list will not take into account forcing within another list), their phone number and notes associated with the list.

To set the initial order:
To order the list into what your current force hiring ranking is, you must click on "Force Employee" to send them to the bottom of the list. Forcing them will give it a date and time stamp, as well as who did the action.

Once you've set the order in this manner, you can now use the list to 'Force Hire' directly from the CrewScheduler.

To hire on the CrewScheduler.
Click on an open slot on the Scheduler. 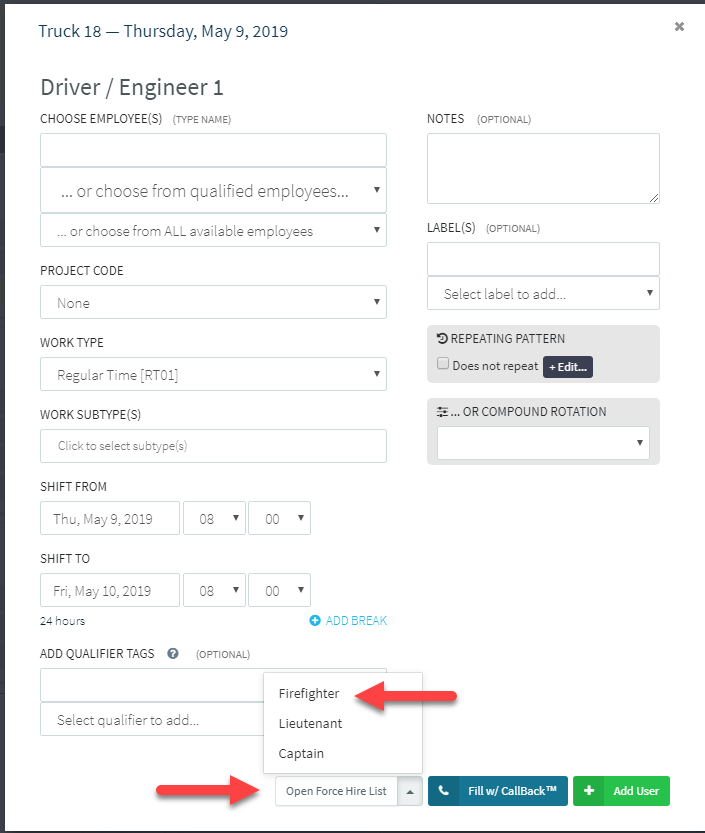 Click on the 'Open Force Hire List' and select the list you wish to hire from.
From there, you will be taken to the Force Hire module, but it will look a bit different. 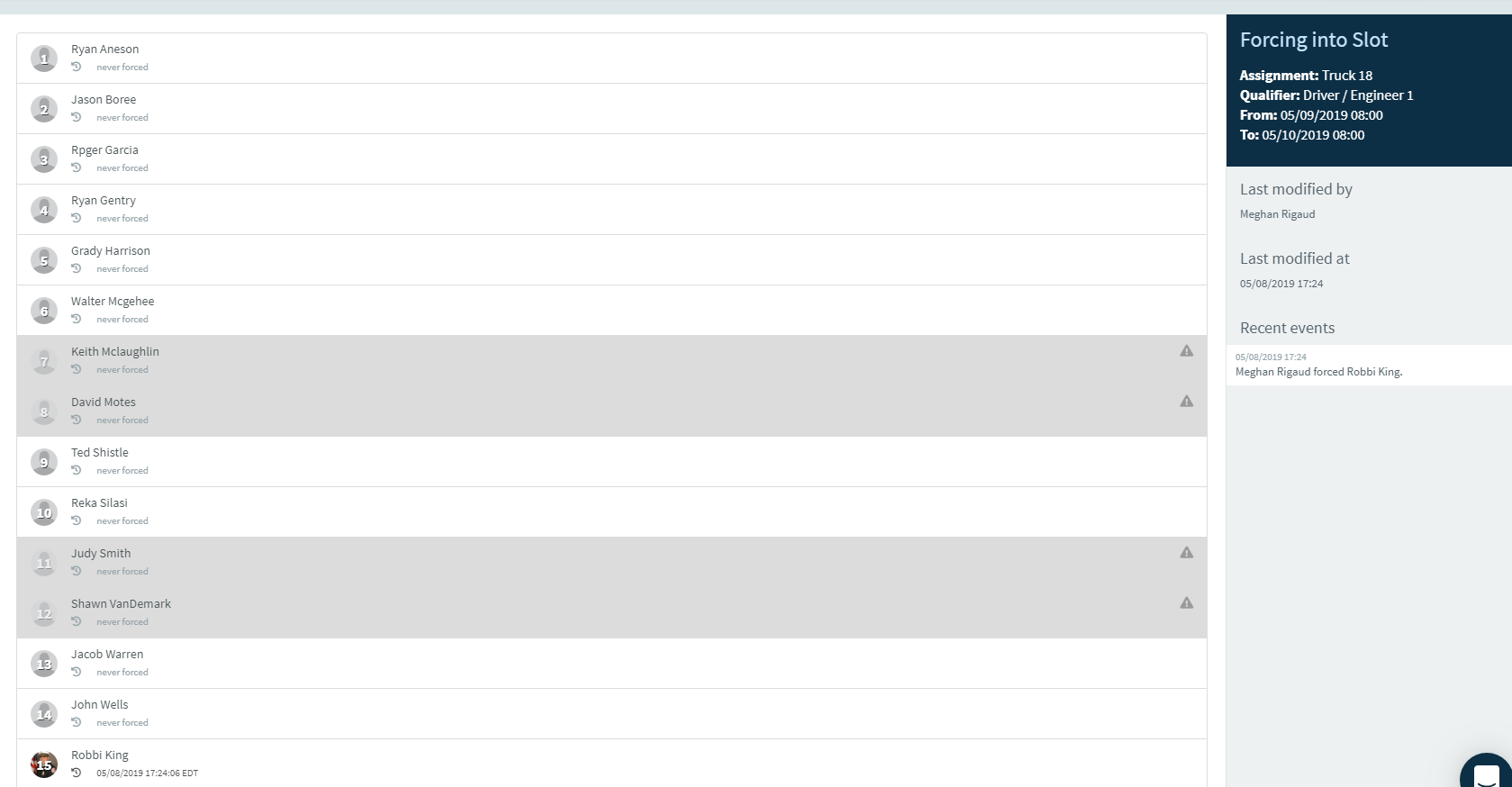 Now, you'll be able to see who is available for forcing. The system will exclude anyone that is already on the schedule for that shift, allowing you to see what the system has decided to exclude the employee from being eligible.
Clicking on the first employee, you'll be able to automatically fore them into the position in question.

Click on 'Force Employee' and they will automatically be put into the open position. 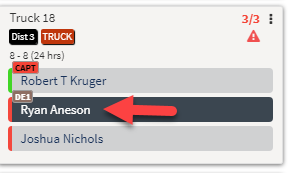 The employee will be notified via text message and email that they have been forced into a shift.