If your organization does not use a simple rotating list based ranking system, but rather an 'hours' based method, Admin level users can make adjustments to ranking hours within each list.

By default, all new systems and demo accounts use a simple rotating list that is not hours based. To request an hours based method, you must contact us to arrange the details.

Click "Adjust" next to the entry you want to change

Select if you want to add or deduct hours, and enter the number of hours 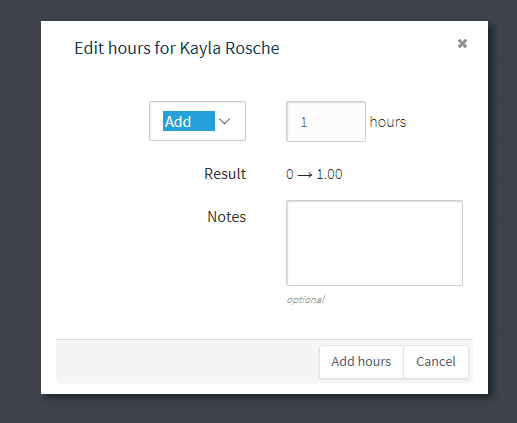 Include a short note describing your reason for the change

You can also see a history of all manual adjustments (who made them and when) by clicking "Show history" next to a person's name.

Adjustments currently only work with regular hour-based ranking methods. An update for short/long lists and Detail lists is in the works, we hope to release it soon.

Please keep in mind that all changes made to the CallBack Rankings are saved in the system log; including the name of the person who made the changes, and the employees affected.