Ranking within the Rules Builder is more dynamic than it is within the Legacy Method, but you'll be able to see more information as to why the ranking has changed. 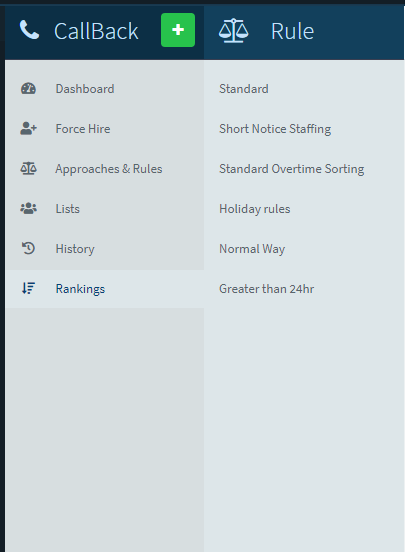 Then, once you select the rule, you'll choose the approach associated with that specific rule.

You'll then be taken to the list of employees and their rank, as well as any recent changes to the list that would have moved employees on the list. With the static and Rolodex methods, you'll click on 'reorder list' to set your initial order.

In an hours based ranking list, you'll be able to add hours into their ranking the same way. 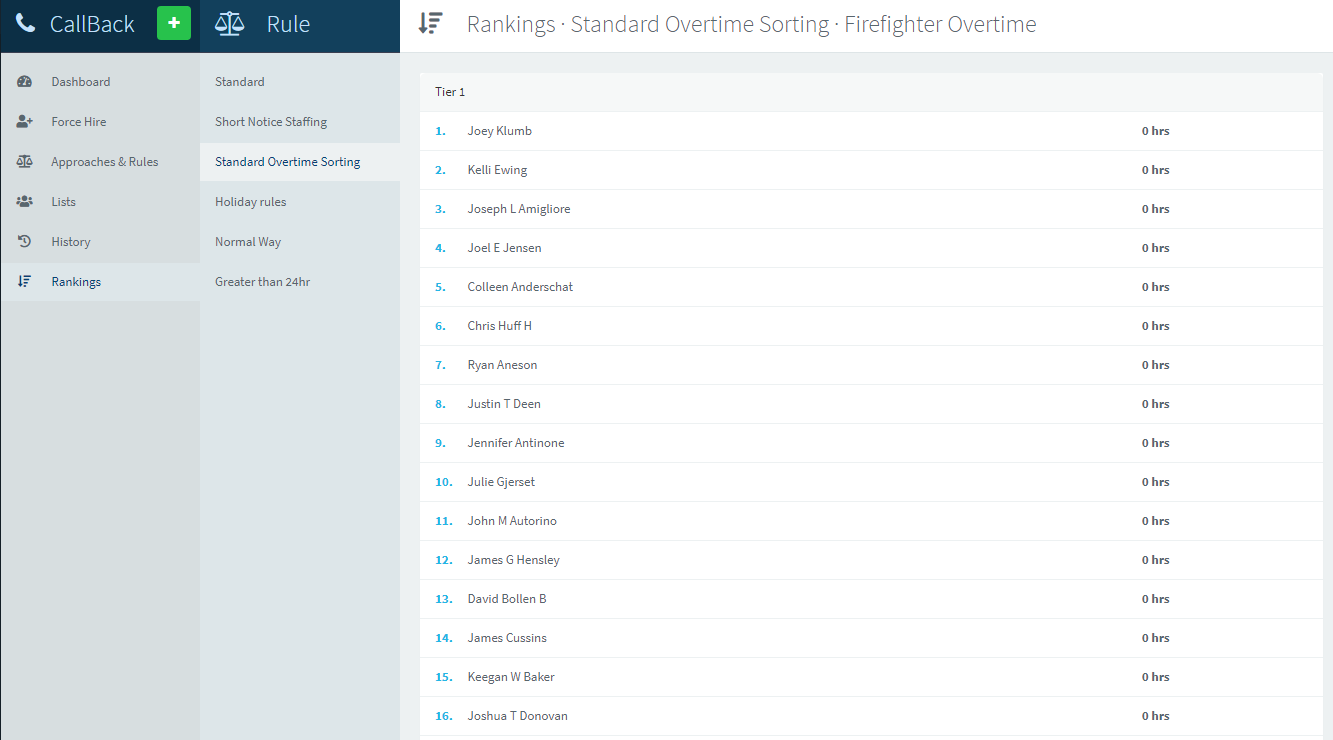