Creating a callback is similar to the legacy method, however, there have been a few upgrades to the process.

To start a callback-
When you go to start a callback, you'll first click on the 'Callback' icon. From there, you'll be sent to the dashboard. Clicking on the green plus sign will bring you to the new callback builder below.

You will notice that much of the initial information is the same. You'll choose the start and end time for the callback, as well as the deadline if you don't have that information set to default time. You'll also be able to schedule the callback to go out like normal. Where the process changes, however, is in the ability to select a rule and approach.

Remember, your approach should be based on rank or the position you are looking to hire fore. The rules should be the way you want the list to order.
Once you select your approach and rule, the list will show you a preview of the callback in the order in which it will go out, as well as those excluded for reasons such as being on time off, opting-out, or being over the max consecutive hours. The minus sign next to their name is where you can exclude people manually, and you can expand those who have been excluded to manually include them as well.
Not only will you see the order in which the employees will be contacted, but you'll also see each tier in the correct order of contact as well. 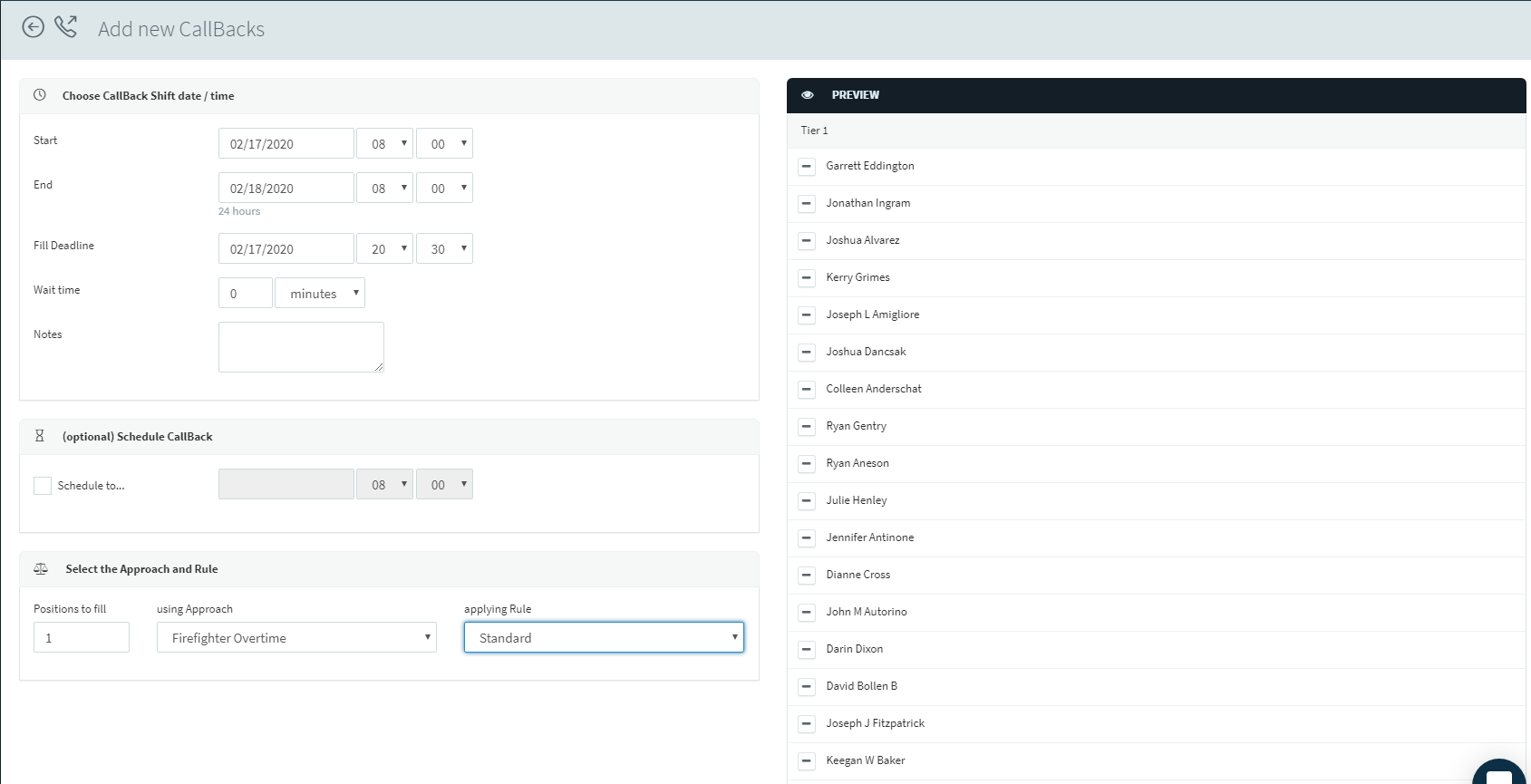 Once you've ensured that the correct people will be contacted, you can press 'start callback'. There will not be a preview screen, as the preview is now built as you create the callback. Much like the lagacy callback module, you will automatically be taken to the callback history.